Anderson Valley Brewing Company had acquired several different aeration technologies in their treatment ponds over the years including surface aspirators and a diffuser system. They were interested in increasing treatment capacity so they could irrigate using reclaimed wastewater. After discovering ClearBlu and visiting an existing installation they decided to incrementally add UltraFine Bubble aerators to increase treatment. Over a three year period, they have added 12 UFB units and have implemented ClearBlu microbes to aid in digestion. Anderson Valley Brewing Company also implemented a self-cleaning wedge wire hydroscreen to remove solids. Currently, the brewery produces 45,000 barrels per year and an average of 58,000 gallons of wastewater per week. The effluent BOD is an estimated average of 5,000 mg/L and their discharge effluent reaches down to 180 mg/L. This treatment system is currently achieving an average 96.5% reduction in BOD strength.

See what we can do for your brewery on our breweries page and learn more about our custom treatment options. 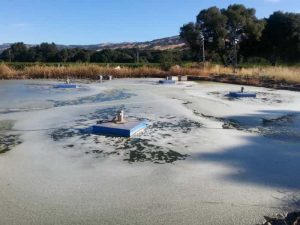 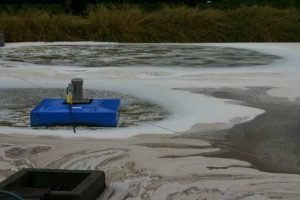 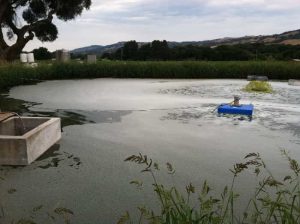